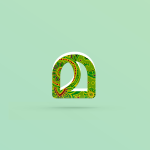 Breel Embolo came back to haunt his birth country, Cameroon, on Thursday as his solitary goal helped Switzerland open their World Cup campaign with a win.

Embolo scored the goal in the 48th minute to hand the Swiss all three points.

The game was off to a good start as both teams kept looking for the early goal.

The first major chance of the game was in the seventh minute, as Toko Ekambi’s shot went over the crossbar. The African giants kept applying the pressure and were almost rewarded with a goal as skipper Eric Choupo-Moting made a solo run into the box. However, his shot was denied by Yann Sommer, who kept his team in the hunt.

Sommer was called into action yet again as he parried a shot in the box to safety as Cameroon kept on knocking on the door. In the 35th minute, Ekambi was once again denied but this time by Widmer, who made a brilliantly timed tackle to save a certain goal.

Switzerland had their best chance in the game at the stroke of half-time from a corner. The ball was whipped into the Cameroon box and Manchester City defender Manuel Akanji headed just wide as the teams went into half-time at 0-0.

The second half was off to a brilliant start as the Swiss took the lead through Breel Embolo. The Monaco forward was delivered a delicious ball by Xhedran Shaqiri and he made no mistake in tapping it in to break the deadlock.

Embolodidn’t celebratethe goal as a mark of respect towards his country of birth.

This would make Cameroon spring back to life with Choupo-Moting having his shot saved by Sommer in the 57th minute. Switzerland would also have two chances in the space of as many minutes as Vargas’ shot was first saved by Andre Onana. The resulting corner saw Embolo hit his header just wide.

It was all Switzerland at this point in the match. The Swiss had many more good chances with Seferovic being denied in stoppage time of the second half.

The loss was Cameroon’s eighth successive one in World Cups and their third one on opening day.

“Influenza,” which will be released later this month. This app allows users to book service from influencers .